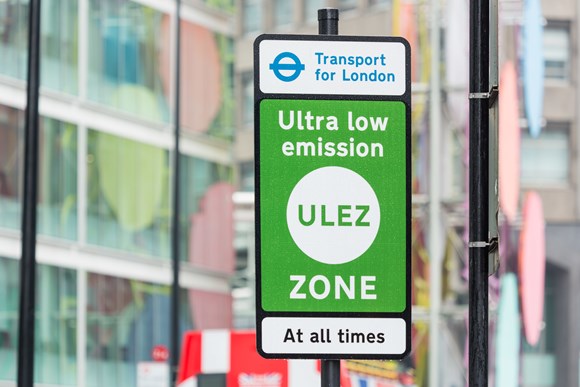 With a week to go until the Ultra Low Emission Zone (ULEZ) expands, TfL is urging drivers to use its online vehicle checker to make sure they don’t get caught out. Close to 10 million people have already used the tool to date, making sure that their vehicles comply with the new requirements.

Many of those who travel in the zone have already taken action to clean up their vehicles and help clean up London’s air. More than 80 per cent of vehicles are now compliant, up from 39 per cent in February 2017 when the plans for the larger area were first announced.

Toxic air in London is a threat to life and can lead to a number of serious health conditions. It contributes to thousands of deaths each year and is linked to heart disease and dementia as well as stunting the development of children’s lungs. Bold action is essential to fight this pollution crisis and the larger ULEZ is predicted to result in harmful Nitrogen Dioxide being reduced by around 30 per cent across the whole city.

The new zone will be 18 times the current central area that has seen toxic pollution slashed by half. It will run 24 hours, seven days a week (except Christmas Day) and covers all areas within the North and South Circular. It is estimated that 100,000 cars, 35,000 vans and 3,000 lorries could potentially be affected by the tighter standards in the expanded area every day. To prepare drivers and make them aware of the zone, TfL has run a far-reaching communications campaign. More than a million letters have been sent to those seen driving in the area and more than 600,000 leaflets have been sent to residents living close to the boundary. Four million emails have been sent to people on TfL’s customer database, and there has been an extensive advertising campaign spanning radio, TV, posters, press, social media and online.

Drivers have been supported in making the transition with the Mayor’s £61m scrappage scheme. To date more than 12,000 older polluting cars, vans, minibuses and HGVs have been taken off the road or retrofitted. TfL is also greening its own fleet with more than 500 zero emission buses on the city’s streets with more than 4,000 iconic black cabs now using electric.

Mayor of London, Sadiq Khan said: “London’s toxic air is a health crisis causing long-lasting harm to our children and contributing to thousands of premature deaths. The Ultra Low Emission Zone has already cut nitrogen dioxide pollution by nearly half in central London and the expansion of the zone on 25 October means many more Londoners across the city will enjoy the benefits of cleaner, healthier air. We need bold action to clean up London’s air and whilst it’s encouraging that four out of five vehicles now meet the current standards and won’t have to pay the ULEZ charge, I advise all drivers to use the TfL checker to make sure your vehicle is ULEZ compliant. Our scrappage scheme will continue supporting motorists to ditch their polluting cars and make the switch to greener forms of transport as we drive towards a green recovery.”

Alex Williams, TfL’s Director of City Planning, said: “The benefits of the larger ULEZ won’t just be felt from day one of its operation. Compliance with the tough standards has more than doubled since the Mayor announced the plans, with the result being Londoners breathing cleaner air over the last four years. We don’t want drivers to get caught out on the 25 October, so we are advising people to use our checker to see if their vehicle meets the standards. If they are liable for the charge we would ask them to consider using public transport, or to walk or cycle if possible, and if they need to drive, consider using a car club whose fleets are fully ULEZ compliant, or switching to the cleanest vehicle.”

RAC Head of Roads Policy, Nicholas Lyes said: “While the majority will be unaffected by the expansion of the Ultra Low Emission Zone, around a fifth of vehicles don’t comply, so it’s vital drivers of cars, small vans and motorbikes use the TfL checker before 25 October or be prepared to pay a £12.50 daily charge. Drivers should also remember that the ULEZ, including the new expanded zone, operates 24 hours a day, seven days a week.”