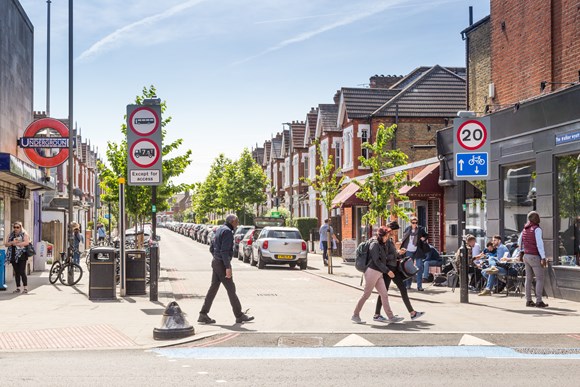 Transport for London (TfL) has today invited the public to have their say on proposals to make five of the capital’s most dangerous junctions safer, as part of its Vision Zero commitment to eliminate death and serious injuries from London’s roads.

The £7.2m planned improvements aim to reduce the number of collisions and make the junctions safer for everyone. They will also make junctions easier to use for people walking, cycling and travelling by public transport. The proposals include new road layouts, wider crossings, segregated cycle bypasses and closures of some roads to motor traffic.

Work is planned to start on the five junctions in the next 12 months, subject to consultation, and is being funded by TfL’s £2.3bn Healthy Streets programme, which is making London’s streets safer, more attractive, accessible and people-friendly places.

Mayor of London, Sadiq Khan, said: “We know that a disproportionate number of serious injuries and fatalities on London’s roads occur at junctions, so it is vital we continue transforming junctions to make sure they are set up and designed around the safety of people walking and cycling. Not only will this investment reduce road danger but it will give more Londoners across our city the confidence to cycle and walk as part of their everyday routine.” Consultations have today opened on the following junctions:

TfL is also proposing to  introduce a 20mph speed limit on certain sections of the A3 Clapham Road and A23 Kennington Park Road corridors to provide a consistent speed limit for motorists along the route.

Penny Rees, Head of Network Sponsorship at TfL, said: “We’re seeing huge growth in the numbers of people walking and cycling where we are making it easier and safer to do so, and these junction improvements will continue this trend. These proposals are also part of our Vision Zero commitment to eliminate death and serious injuries from London’s transport network.”

Victoria Lebrec, Campaign Coordinator for RoadPeace, the national charity for road crash victims, said: “As a victim of a life-changing crash at a junction in London, I’m encouraged that TfL are ramping up their safer junctions programme. 76 per cent of collisions occur at junctions in London and addressing the danger they pose will go a long way to ending death and serious injury on our roads – all of which are preventable.”

The changes form part of TfL’s Safer Junctions programme, which is reducing road danger at 73 dangerous junctions across London. TfL recently completed work at the 29th junction, at Euston Road, Midland Road and Judd Street where new pedestrian crossings have made it safer and easier to walk to St Pancras and King’s Cross stations and to The British Library and people can now cycle safely from Kentish Town to Elephant and Castle along a mostly segregated cycle lane.

All locations in the Safer Junctions programme had higher than average collision rates and this improvement work is a vital part of the Vision Zero ambition to eliminate death and serious injury on London’s roads.

People are encouraged to have their say on all the proposals here – https://consultations.tfl.gov.uk